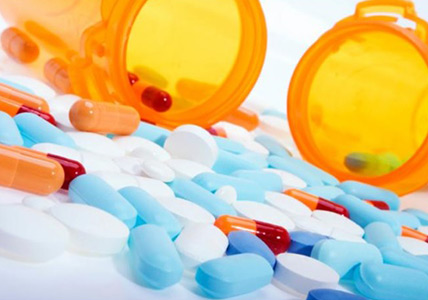 Antibiotic use may raise risk of type 2 diabetes

The greater the number of antibiotic prescriptions an individual has each year, the higher their risk for type 2 diabetes. This is according to a new study by researchers from Denmark.

Researchers found individuals who filled more prescriptions for antibiotics were more likely to be diagnosed with type 2 diabetes.

Study co-author Dr. Kristian Hallundbæk Mikkelsen, of Gentofte Hospital in Denmark, and colleagues publish their findings in the Journal of Clinical Endocrinology & Metabolism.

It is estimated that around 29.1 million Americans, or 9.3% of the US population, have diabetes.

Type 2 diabetes is the most common form of the condition, accounting for around 90-95% of all cases. It occurs when the body is unable to use the hormone insulin effectively, causing abnormal blood glucose levels.

For their study, Dr. Mikkelsen and colleagues set out to determine whether the use of antibiotics may be associated with the development of type 2 diabetes.

Using data from three national health registries from Denmark, the team monitored antibiotic prescriptions for 170,504 individuals with type 2 diabetes, alongside those for 1.3 million individuals without the condition.

From their analysis, the team found that individuals who filled more prescriptions for antibiotics were at greater risk for type 2 diabetes diagnosis.

While a number of antibiotics were linked with increased type 2 diabetes risk, the researchers say the strongest association was for narrow-spectrum antibiotics – antibiotics that are effective against specific bacteria – such as penicillin V.

Previous research has found antibiotic use can alter bacteria in the human gut. Last month, a study published in Nature Communications reported this to be the case among children who use multiple antibiotics.

Other studies have found changes in gut bacteria may lead to reduced ability to metabolize sugar – a characteristic of type 2 diabetes. The authors say both of these previous findings may explain their latest results.

Dr. Mikkelsen notes, however, that further research is warranted to determine exactly what drives the association between antibiotic use and type 2 diabetes:

“Diabetes is one of the greatest challenges facing modern health care, with a globally increasing incidence.

Further investigation into long-term effect of antibiotic use on sugar metabolism and gut bacteria composition could reveal valuable answers about how to address this public health crisis. Patterns in antibiotic use may offer an opportunity to prevent the development of the disease or to diagnose it early.”