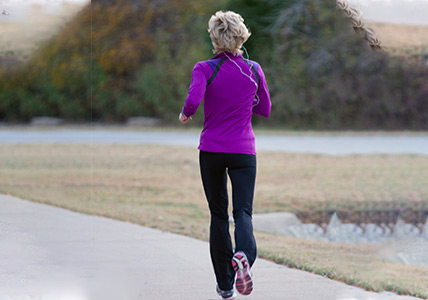 Increasing the amount or intensity of physical activity can cut the chances of older women developing a life-threatening irregular heartbeat, according to new research in the Journal of the American Heart Association (JAHA).

Researchers found that post-menopausal women, enrolled in the Women’s Health Initiative, who were the most physically active had a 10 percent lower risk of developing atrial fibrillation (AF), compared to women with low levels of physical activity, even if they were obese. Obesity is an important risk factor for atrial fibrillation. “We found the more physically active the women were, the less likely it was that they would develop atrial fibrillation,” said Marco V. Perez, M.D., lead author of the study and independent instructor in cardiovascular medicine and director of the Inherited Arrhythmia Clinic at the Stanford University School of Medicine, in Stanford, Calif. “Also, the more obese the women were, the more they benefited from having greater degrees of physical activity.”

At the start of the study, more than 81,000 post-menopausal women ages 50-79 were asked how often they walked outside for more than 10 minutes daily or how often they engaged in physical activity hard enough to sweat.

After 11 years, the researchers found:

Earlier research suggested that strenuous exercise might increase the risk for AF, but “there shouldn’t be concerns about these degrees of exercise and AF in older women,” Perez said.