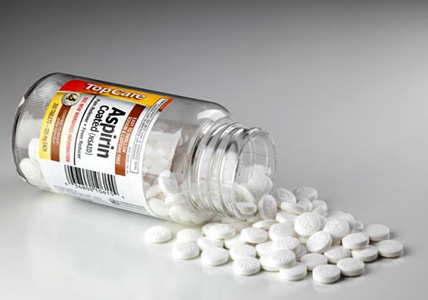 A new study by researchers at the University of Texas in Austin finds that recurrence of hormone-related breast cancer was reduced by more than half in overweight and obese women who regularly used nonsteroidal anti-inflammatory drugs.

The researchers examined data from 440 women with invasive, estrogen receptor alpha (ERα)-positive breast cancer who were treated at the University of Texas Health Science Center and the START Center for Cancer Care clinic (both in San Antonio, TX) between 1987 and 2011. In this group, 58.5% of the women were obese and 25.8% were overweight. Around 81% took aspirin and the rest took another nonsteroidal anti-inflammatory drug (NSAID). About 42% of the women took statins and 25% took omega-3 fatty acid.

Even after controlling for statins and omega-3 fatty acid use, the results demonstrated a protective effect from aspirins and other NSAIDs.

The researchers found that women with a body mass index greater than 30 who had ERα-positive breast cancer had a 52% lower rate of recurrence and a 28-month delay in recurrence if they were taking aspirin or other NSAIDs.