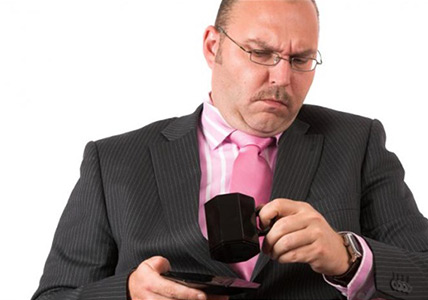 Young adults with mild cases of high blood pressure may want to steer clear of coffee, as new research suggests drinking the beverage could increase the risk of cardiovascular events such as heart attacks in this population.

The study investigated the impact of coffee consumption on participants with untreated cases of mild hypertension.

The research is being presented at the European Society of Cardiology (ESC) Congress by study author Dr. Lucio Mos, a cardiologist at Hospital of San Daniele del Friuli in Udine, Italy.

“There is controversy surrounding the long-term cardiovascular and metabolic effects of coffee consumption in patients with hypertension,” Dr. Mos reports. “Our study was designed to evaluate whether coffee drinking had an effect on the risk of cardiovascular events, and if the association was mediated by effects on blood pressure and glucose metabolism.”

Such is coffee’s popularity around the world, there is a wide variety of research that has been conducted on the effects of its consumption. Recently, Medical News Today has reported on studies that have suggested coffee could improve survival in colon cancer patients and reduce the risk of erectile dysfunction.

However, the majority of studies of coffee that MNT has looked at in recent months have linked coffee consumption with positive health outcomes. The new study differs in this respect.

Coffee consumption was defined by the amount of cups of caffeine-containing coffee participants drank every day. Non-drinkers reported no cups a day, moderate drinkers consumed between one and three cups daily and heavy coffee drinkers consumed four or more per day.

Young adults with mild hypertension ‘should keep consumption to a minimum’

Type 2 diabetes is frequently known to develop in patients with hypertension at a later stage, and so the researchers investigated how coffee drinking influenced the risk of developing prediabetes over time, following the participants for 12.5 years.

“Slow caffeine metabolizers have longer exposure to the detrimental effects of caffeine on glucose metabolism,” Dr. Mos explains. “The risk is even greater if they are overweight or obese, and if they are heavy coffee drinkers. Thus, the effect of coffee on prediabetes depends on the amount of daily coffee intake and genetic background.”

During the study’s follow-up period, a total of 60 cardiovascular events were observed, with the majority of these (80%) being heart attacks.

Both heavy and moderate consumption of coffee were independent predictors of cardiovascular events, although these risks were reduced when including hypertension development and future prediabetes in the analysis, after which the only significant relationship was with heavy coffee consumption.

Dr. Mos concludes that the study shows coffee use is linearly associated with increased risk of cardiovascular events in young adults with mild hypertension:

“This relationship seems to be at least partially mediated by the long-term effect of coffee on blood pressure and glucose metabolism. These patients should be aware that coffee consumption may increase their risk of developing more severe hypertension and diabetes in later life and should keep consumption to a minimum.”